Balls to the Brawl Released! 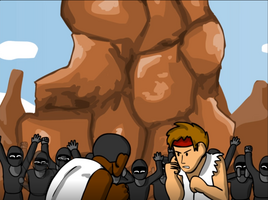 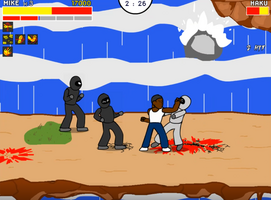 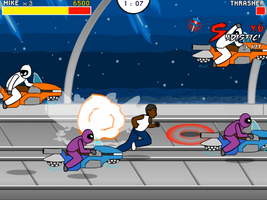 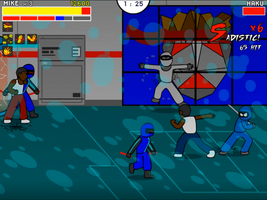 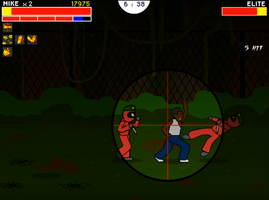 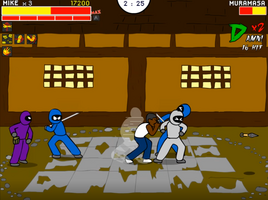 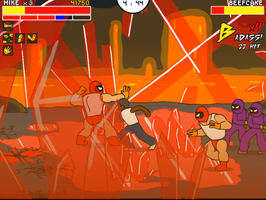 Balls to the Brawl, a side-scrolling arcade beat-em-up that aims to give everyone a well-deserved ego-trip, has finally been launched! Enjoy playing as Mike as you stomp across Shonen Island, crushing all manners of wacky enemies and bosses in your way to reach the end and face off against Ryu himself!

As stated before, the main core of the design was built around providing everyone a wonderful feeling ego-trip (aka power trip) to brighten up their days. I wanted it to be challenging, but in a feel-good way. This manifests itself in two different ways:

The game has also been designed in general to have satisfying controls (cancels, subtle movement adjustments during an attack, momentum) and special effects (hit stop, screen shake, explosive gibs) to heighten the satisfaction of pummeling the snot out of enemies. Minimal downtime is also achieved by allowing you to do things like strike enemies when they are down, instead of waiting for them to get up, among other things.

This has been a long development for me, as the game was originally started a decade or so ago before being left in the dust for several years due to technical difficulties and real-life responsibilities. It was only a year or so ago that I dug it up from my old hard drives and worked to not only fix the game, but elevate its design to new heights to fit modern sensibilities. I'm glad that I've finally been able to release it, only about a year before Flash is dead! I'm also glad that my brother's soundtrack will finally see the light of day after being buried in my computer for so long.

I hope everyone has a good time with the game!

Balls to the Brawl

An ego-trip beat-em-up for Streets of Rage/Final Fight fans!